February is an important month for many people because of Valentine’s Day. However, this February is special for a different reason. The 2014 Winter Olympics is this month and people worldwide are tuning in to see the best winter athletes in their country compete for gold.

This year the Olympics is held in Sochi, Russia. Russian President Vladimir Putin worked so hard to have the Winter Olympics come to his country. Sochi is a resort city on the coast of the Black Sea. The city, however, is not the main topic; the main topic is the events and athletes.

The first category, pair’s short, was won by the Russian team who was a dominating force throughout the team skating competition. Canada came in second, then China in third. However, the next category in team figure skating, men’s singles, was the talk of the town, mainly because of the incredible performance by Evgeni Plushenko. 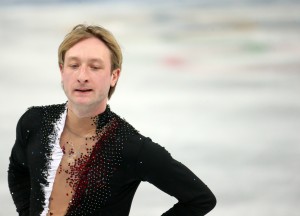 The 31-year-old skater is now a four-time Olympic medalist and one of the greatest to ever lace up skates. After having multiple surgeries and competing against skaters many years younger than him, people doubted his ability to compete with the other Olympians. Plushenko, however, stole the show and threw down an amazing run, getting second place with Japan in first and China third. Overall, Russia dominated the team figure skating competition with Evgeni Plushenko leading the way getting first in men’s long. 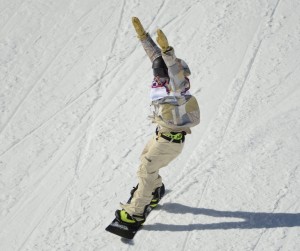 Sage Kotsenburg of the United States completes his first run of the finals on his way to gold in the Men’s Slopestyle in the 2014 Winter Olympics in Sochi, Russia. (Nhat V. Meyer/Bay Area News Group/MCT)

The snowboarding slopestyle event was a big event for the U.S. Their team won the gold in both the men’s and women’s events. In the men’s slopestyle, American Sage Kotsenburg, an underdog, came out on top with a gold medal-winning run. Stale Sandbech from Norway won the silver and Mark McMorris from Canada won the bronze. The women’s slopestyle was won by American Jamie Anderson with Enni Rukajarvi of Finland grabbing the silver and underdog bronze medal winner Jenny Jones from Bristol, England. 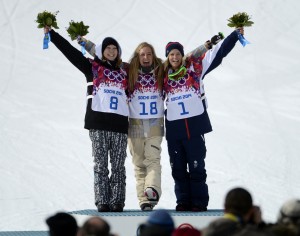 The biggest snowboarding event that took place, however, was the halfpipe event. There were many criticisms about the riding condition of the halfpipe. Many snowboarders, including two-time Olympic gold medalist Shaun White and X-Games gold medalist Danny Davis, criticized the pipe saying it was “dangerous” and “half-baked.” After adjustments were made to the pipe the riders went out and did what they do best: shred. The favorite in the event was Shaun White who was looking for a three-peat in the event to bring gold back for the U.S. White had dropped out of the slopestyle event to focus on the halfpipe, but ended up not bringing a medal home at all. 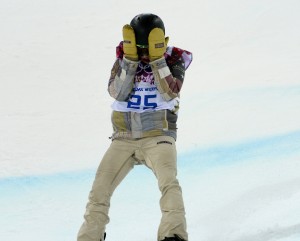 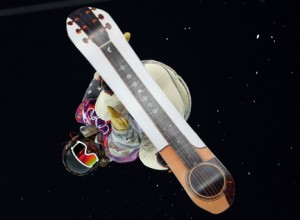 Danny Davis, of the USA, competes in the men’s halfpipe at the Rosa Khutor Extreme Park during the Winter Olympics in Sochi, Russia, Tuesday, Feb. 11, 2014. (Brian Cassella/Chicago Tribune/MCT)

In fact, this was the first time an American didn’t bring home a medal since the sports introduction to the Olympics in 1998. X-Games gold medal winner and Michigander Danny Davis came in 10th place. Iouri Podladtchikov, who is originally from Russia but is representing Switzerland, got the gold and is the new champion of the halfpipe, who landed his famous patented YOLO flip. Ayumu Hirano of Japan won the silver and was also the youngest rider being only 15 years old. Taku Hiraoka from Japan won the bronze.

So far in this Olympics, the podium has belonged to the underdogs. There are many more events coming and many dedicated Olympians trying for the gold. The Winter Olympics this year is very entertaining and hopefully we’ll see more Americans bring gold home.