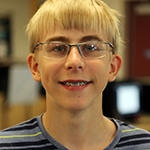 The band Kansas, renowned for their hits Carry On Wayward Son and Dust In The Wind, as well as a plethora of other music has recently released their new album, The Prelude Implicit.

The album begins with the song With This Heart, a fairly good song with moderate vocals provided by Ronnie Platt. From that we move on to Visibility Zero, which is closer to Kansas’s previous works, an excellent song with very good instrumentals, but somewhat lacking in the vocals, thanks to them no longer having their original singer.

The album as a whole is good, but is unchanging in its style, with less variation than other albums by Kansas. The Vocals are somewhat lacking in power compared to older songs. The same goes for the instrumentals, which are considerably weaker than older ones, with the fiddle being the often being the focus of the melody. Their new songs also lack the energy and emotion of earlier songs, such as Carry on Wayward Son.

However, there is no doubt in my mind that the band managed to capture the signature Kansas sound, with perhaps less power and energy, but that is to be expected, as their first album released in 1974.