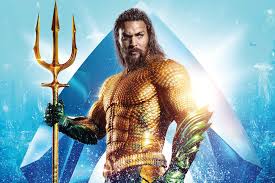 Getting an 8-10 rating isn’t bad for a winter action film. That’s where we find Aquaman, in theaters right now. A 2018 film about how the city of Atlantis is now an underwater kingdom ruled by the power-hungry King Orm. With a vast army at his disposal, Orm plans to conquer the remaining oceanic people and then the surface world. Standing in his way is Aquaman, Orm’s half-human, half-Atlantean brother and true heir to the throne. With help from royal counselor Vulko, Aquaman must retrieve the legendary Trident of Atlan and embrace his destiny as protector of the deep. The new film has a 70% rating on Rotten Tomatoes and a 7.9 out of 10 rating on IMDb. Most people are pleased with the film, one critic rating said, “There aren’t any path-breaking surprises in ‘Aquaman’s storytelling, but the presentation is refreshing.”